The 3 Best Fords Ever Built

The 3 Best Fords Ever Built

Ford has a long, illustrious history dating back to 1903. Since its inception, the automaker has produced some exceptional cars. Here’s a brief look at three of the best cars Ford has ever produced. 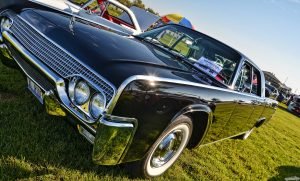 The first Continental was manufactured in 1958, but it wasn’t until 1961, when it underwent a significant redesign, that this large four-door sedan became a hit with the public. The new Continental inspired a trend that saw cars exchange the characteristic tail fins and wings of the 1950s for clean lines. The fact that it also came as convertible and featured cool suicide doors made it a sought-after car in its day.

There’s no denying that the GT40 is Ford’s best racing car of all time. A feud between Henry Ford and Enzo Ferrari led the doggedly determined Ford to create a supercar that rivaled Ferrari’s designs, and he succeeded. The GT40 won the 24 Hours of Le Mans four years in a row between 1966 and 1969 and went down in the annals of motoring history.

Ford’s legendary F-150 pickup truck has been a top seller for the automaker for decades and is still the best selling vehicle in America. In particular, the beefy SVT Raptor model is hands-down the most capable off-road truck. With a twin-turbo V-6 engine and ten-speed automatic transmission that produces 450 horsepower, the Raptor catapults from zero to 60 in just over five seconds.

Ford has come a long way since 1903, and they continue to build solid reliable cars that are still in high-demand today.