When you think of the Mustang, you think power and performance. However, sometimes the best performance features are released with limited trim levels or at price points that make them nearly unattainable. The 2020 Mustang release is throwing a wrench in the mix with a new starter performance model. Let’s take a look at what makes this entry-level performance model so exciting. 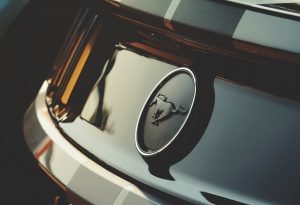 What We Know About the 2020 Entry-Level Performance Mustang

Some of the most impressive Ford Mustangs are the GT350 and GT500. They are known for their raw power and muscle. While the new 2020 won’t be as powerful as those two options, it won’t carry the lofty price tag either. The manufacturer hasn’t given much detail about the exciting release, but we do know it will have impressive performance features and be more attainable than previous performance trims.

Speculation About the 2020 Engine Options

No matter what 2020 brings to the Mustang trim levels, you can ensure that we’ll be watching and updating our information regularly. In the meantime, check out our online inventory and take a 2019 Mustang for a test drive.