3 West Moose Jaw Concerts to Look Forward to in 2019

3 West Moose Jaw Concerts to Look Forward to in 2019

Moose Jaw is a great place for listening to live music. It has some wonderful concert venues both large and small with a variety of artists that come through all year round. Here are some West Moose Jaw concerts to look forward to in 2019. 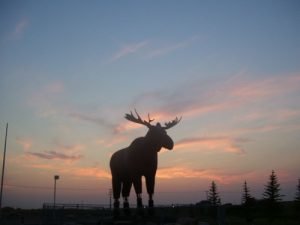 Catch Erin Costelo at the Moose Jaw Cultural Center on January 16. Costelo is an artist known for her beautiful voice and her incredible range. Her show will include original arrangements and songs that tell a story and bring the audience along for the ride. The show starts at 7:30 p.m. and tickets are on sale on the Moose Jaw Cultural Center website.

Zachary Lucky will make an appearance at Jam House Concerts on January 15. His show combines folk and old school country for a show unlike any other. His husky baritone voice is often compared to artists such as Gordon Lightfoot and Kris Kristofferson, and many of his songs are about his love for Canada.

Fans of John Denver are sure to love Chris Collins & Boulder Canyon. They will make an appearance at the Moose Jaw Culture Centre on May 4. and pay tribute to the late John Denver and his hits such as Rocky Mountain High, Country Roads, and Annie’s Song. This band wants to keep the music and the message of John Denver alive.

These are just a few of the West Moose Jaw concerts you can look forward to in 2019. There are more in and around the area.