Ford is the original car manufacturer and sparked the creation of an industry that changed how we travel. Over the years, Ford has been at the center of many interesting and strange developments. Here are three surprising facts about Ford. 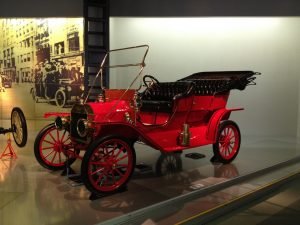 Invention of the Car Assembly Line

Ford produced the Model T in around 13 hours of production time. That is because each vehicle needed multiple engineers to install all of the components. The method was time-consuming and required a lot of walking around in the factory. Ford invented the car assemblyline to speed up the process. The ability to move the cars down the line cut the production time down to 1.5 hours, which reduced prices.

Cadillac, one of the leading luxury vehicle companies, was born of Ford Motor Company. Later in life, when Henry Ford left the Ford Motor Company, the company could have folded. Instead, several investors split the company into a separate entity that became Cadillac. So, Ford is responsible for one of the most well-known luxury vehicle companies around the world.

Ford also spawned a town in the Brazilian Amazon called Fordlandia. It was supposed to be an escape where he could plant rubber trees and create a better place to live. Unfortunately, it was too difficult to motivate workers to move to the town and to keep people there. Ultimately, the town failed to gain a following. The town still exists, but no one lives there.

Ford continues to create new and exciting things. Visit Moose Jaw Ford to see how Ford can help you with its interesting innovations.