Ever since its establishment as a company in 1903, Ford has never ceased to exhibit its legacy of innovation, leading to a mind-blowing number of revolutionary inventions by the automaker. The following are just a couple of the most significant innovations implemented by Ford. 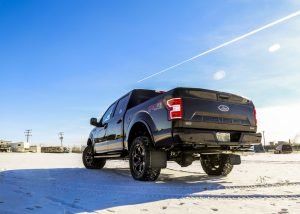 Arguably Ford’s greatest gift to the manufacturing industry, the moving assembly line is a remarkable innovation. Before Ford’s invention of the moving assembly line, assembling the car took over 12 hours. Once Henry Ford pioneered this technology in 1913, car assembling took about 90 minutes. This drop-in assembly time for a single vehicle increased the pace of car production and reduced vehicle prices, thus making it possible to mass-produce automobiles.

With its high-volume alloy body, the all-new F-150 is the first mass-produced aluminum truck. By fitting the F-150 (which is the best-selling vehicle in the United States in the past 34 years) with a high-strength, military-grade aluminum-alloy body and a high-strength steel frame, Ford has ensured truck drivers will have an F-150 with faster acceleration, better handling, and enhanced towing capacity. Using aluminum instead of steel as the car’s main body component means the new F-150 is 700 pounds lighter, yet stronger than the old models.

Ford is an automaker that perfectly exemplifies innovation. And the assembly line and the new F-150 are just two in a long list of groundbreaking creations that Ford has gifted humanity.